Global Toys Market Forecast
The worldwide toy market was worth USD 100.76 billion in 2019 and is predicted to grow to USD 131.16 billion by 2025. Educational and STEM toys are gaining popularity in the worldwide toy industry. Online shopping is anticipated to become the toy industry's fastest growing distribution channel. In the games category, the toy business is increasingly utilizing cardboard packaging. With a big presence of large merchants developing mobile applications, which will appeal to the pool of consumers who have an active presence on mobile platforms, increasing the sale of their products. The APAC board game market is one of the world's fastest-growing categories. With a market contribution of 31.65% in 2019, APAC is expected to be the largest market in 2019. North America was the second largest toys market after APAC, and while the US toys sector increased by 22% in April 2020, outdoor and sports toys accounted for 54% of the entire growth in North America.

The emergence of COVID-19 in early 2020 has had a significant impact on the worldwide toy business. Despite supply chain disruptions in most economies, lockdowns and curfews have forced families to spend more time together than ever before. Unexpected increase was seen in specific categories such as games and puzzles, board games, and outdoor games in the first quarter of 2020, particularly in established markets such as the United States, Canada, Australia, the United Kingdom, and European nations. The bulk of sales were made online, with significant sales also made in restricted mass merchants and specialist stores with stringent rules and a small workforce.

Because of the variety of activities and toys available on the market, the 3–5 age category appeals to preschoolers and kindergartners. Due to the age group's early stage of education and mental health development, educational and numerical toys have a significant impact. The segment's end-users have a longer attention span than toddlers and are more exploratory. While collaboration is emphasized in their preschools, merchants might emphasis social games and coordination abilities in order to benefit on chances. The most popular games in this category include transportation, building sets, sand toys, climbers, wagons, hide and seek puzzles, and wheelbarrows.

The 5–12 age group is a significant end consumer of games and puzzles, building blocks, construction, and outdoor and sports toys. STEM toys account for more than 60% of the segment's revenue year on year. Educational games based on many disciplines are favored to explain and elaborate difficult concepts ranging from tangible to abstract, therefore favorably supporting the education level of school children.

In 2019, the outdoor and sports category generated the most income. The popularity of remote-controlled drones, cars, and toys is projected to propel the category, particularly among boys. Other popular outdoor activities include sand and water toys, bat and ball kits, and bat and ball sets. APAC is the fastest-growing region for the category, with a CAGR of more than 5% predicted.

The baby and preschool market is a significant income contributor to the worldwide toys business. The section is geared at newborns, infants, toddlers, and preschoolers. Squeeze toys, big rings, teething toys, textured balls, and musical toys are becoming increasingly popular among parents because they can help children develop sensory abilities.

Dolls, which are predominantly marketed to female youngsters, are a popular toy category. Because these countries have been largely unexplored by high-value doll companies, the APAC region and Latin America are potentially significant markets for dolls and their accessories. With growing family wealth and favorable demographics, emerging nations in the APAC region and Latin America are appealing markets for major brands to introduce high-value dolls and accessories made of high-quality raw materials. China is one of the main makers of dolls in the APAC area, with massive export capabilities to other major Asian and European countries.

By 2025, the APAC toys industry is estimated to be worth more than $43 billion. China accounts for 90 percent of imported dolls in India; the Chinese toy business was severely impacted by the epidemic. Despite increasing demand for board games, puzzles, and outdoor toys in Q1 2020, the later portion of Q3 in India is projected to drop due to supply chain disruption in the country with stringent curfew rules. However, market conditions are projected to improve in the later half of 2020, with demand exceeding expectations. In Japan, the programing education industry for youngsters is anticipated to reach more than $235 million by 2024. The breadth of educational and scientific games is projected to expand, with computer-based courses becoming increasingly important for all grades. Similarly, in South Korea, TV animation is boosting the demand for licensed toys. However, the fact that the fertility rate has plummeted to a record low of 0.97 in 2019, which is lower than the OCED average, poses a substantial threat to the market.

Educational Toys Market Forecast
By 2026, the worldwide educational toys market is estimated to be worth USD 31.62 billion. The effect of digital consumerism on the selling of educational toys is growing in the market. The academic sector accounted for the most revenue in the educational toys market in 2020, with USD 7.26 billion, and is anticipated to reach USD 10.98 billion by 2026. Many new suppliers, like Green Toys, Envirotoy, and others, have introduced environmentally friendly educational toys. Leveraging the global retail trend is a key area of attention for suppliers catering to the educational toys industry. A growing number of youngsters will have access to smart gadgets in the coming years. Recent advancements in the realm of mobile data by telecom giants are likely to boost global demand for educational toys. Toys for toddlers are more distinguished from toys for babies since they focus more on motor skill development and educational possibilities.

During the period 2021-2026, the worldwide STEM toys market will expand at a 6.85 percent CAGR. Online retailing is anticipated to be the fastest expanding channel for the STEM toys industry, with a turnover of USD 3.98 billion by 2025. Parents are also becoming more aware of the advantages STEM toys may provide to children in terms of skill and general brain development. In recent years, open-ended toys have gained popularity as a means of increasing children's imagination and creativity. STEM toys, which are essentially educational toys, are seen as the future of the toy business, with which toy suppliers are most concerned over the projection period. The launch of toy subscription models on Amazon will raise demand for these sorts of toys in the worldwide market. STEM club toys subscription for 8-13-year-olds, for example, has fueled the rise of online shopping in recent years. Taking advantage of the enormous possibility that exists in the sustainability factor may be a game changer in the STEM toys business.

During the projection period, the scientific category is predicted to expand by 44% in absolute terms. Europe and North America are expected to increase at rapid rates. The primary topics contributing to income production in the category include gravity, illumination, physical laws, chemical initiatives, and geographic exploration. Vendors are advised to capitalize on the sector by supplying the most popular literary and cinematic characters depending on regional preferences in order to get greater popularity.

Engineering toys, like board games, are used to teach strategic and construction abilities in teens and are anticipated to increase at a CAGR of close to 7%. APAC and Latin America are projected to have the most growth due to a strong culture of playing construction games in nations such as India, Brazil, and Mexico. Western countries' demand is being driven by an increase in the number of theme-based building kits. During the 2020 pandemic, the sector has emerged as one of the most in-demand. The construction industry is a popular choice for acquiring engineering and building abilities. Sustainability and eco-friendliness have the potential to be key trendsetters and the next great opportunity in the industry. By 2025, the mathematics category is anticipated to account for more than 7% of worldwide sales. APAC is the region's fastest-growing market. It is projected to continue over the projection period as a result of China's increasing production and consumption in APAC nations. The region's children have a strong interest in numerical and analytical toys.

One of the primary reasons driving the selling of board games in the APAC area has been an increase in disposable income. Countries such as China, India, Japan, and South Korea, as well as Malaysia and Indonesia, are projected to have moderate rise in demand as their living standards improve. Another important element impacting regional growth is the existence of a big young population in China and India. One of the fastest-growing categories is the APAC board game market. Tabletop and card & dice games are in high demand in India and China. Board games are connected with the development of intellectual and critical thinking skills among grade-schoolers in India. 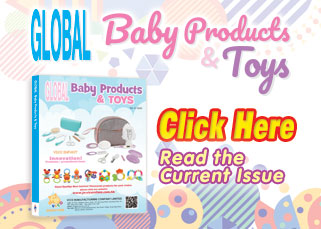